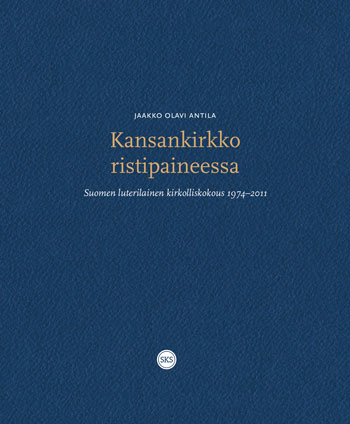 As the highest internal decision-making body within the Evangelical Lutheran Church of Finland, the General Synod began, from 1876, congregating in Turku every tenth, and then eventually, every fifth year. By the 1960s, this decision-making system was becoming unsatisfactory. An extensive project to answer to the general ideals of the era and to strengthen the efficiency and democracy of the Church administration was initiated.

The reformed General Synod got underway in 1974 with biannual gatherings. It was a body consisting of 108 members, including lay representatives, clergymen and the bishops. The General Synod retained its right to decide on ecclesiastical books and continued to hold the sole right to make proposals regarding the Church Act. A new task was to decide on the budget of the entire Church organisation and to steer the activities of the Church as a whole. Additionally, the General Synod received the general authority to handle any issues related to faith and doctrine, such as ecumenical issues.

The book Kansankirkko ristipaineessa (A national folk church under conflicting pressures) takes a close look at the General Synod representatives during the years 1974â2011 and clarifies who the members of the Synod were, how they were elected and what they achieved. The study examines which of these persons held the most power, and what types of coalitions stood out within the work of the General Synod.

Discussions surrounding female ordination, sexual ethics and ecclesiastical books indicate the position of the General Synod within an increasingly diversified society. During the first decade of the 2000s, the General Synod experienced a similar revolution in terms of values as it had when preparing the reform of the Synod around the turn of the 1960s and 70s. The Church began to find itself once again in a missionary situation.