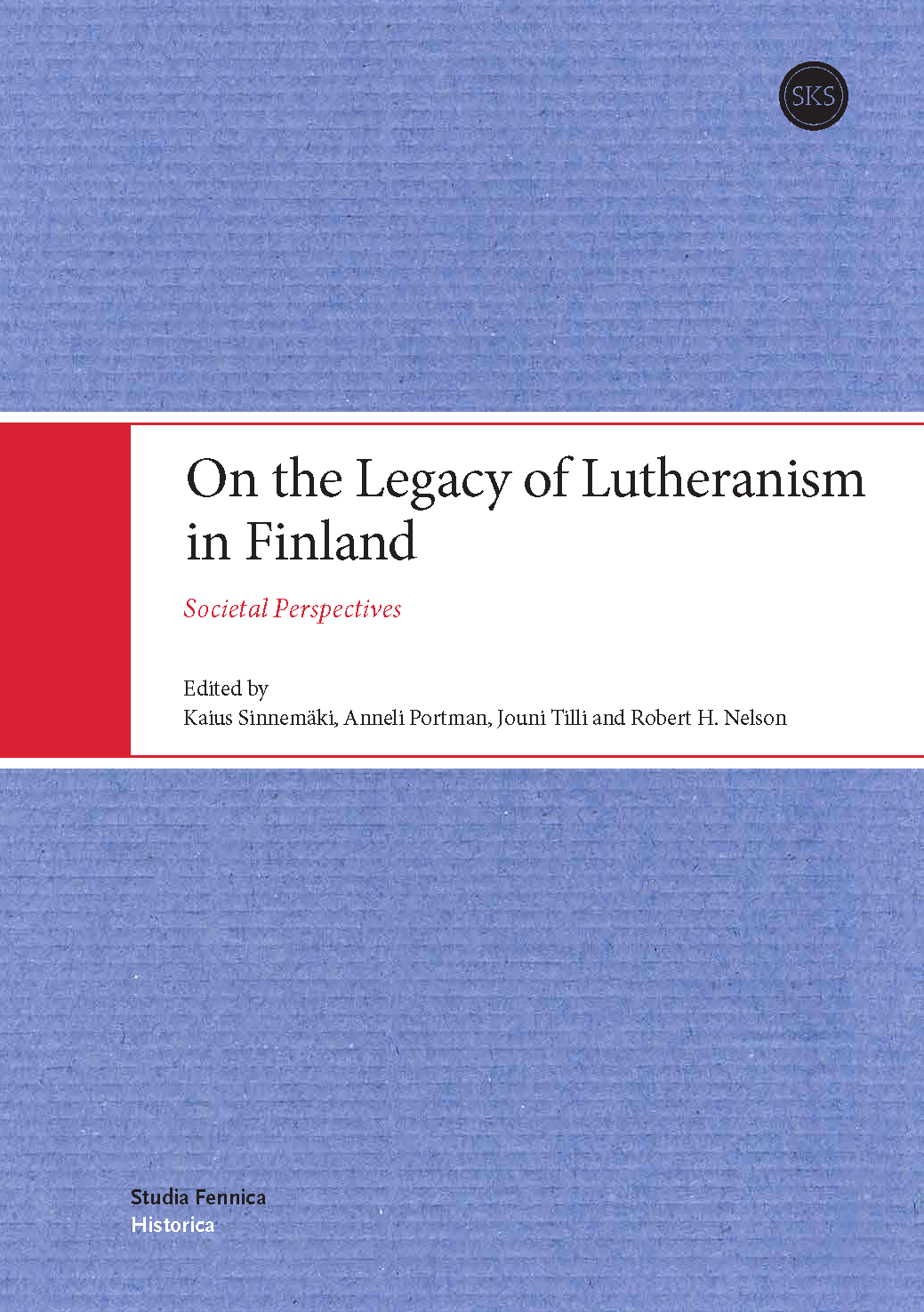 On the Legacy of Lutheranism in Finland

Full name: Robert H. Nelson
Affiliation: (1944–2018), PhD in economics, was a Professor of Environmental Policy in the School of Public Policy at the University of Maryland and a Senior Fellow at the Independent Institute, California, US

This volume analyses the societal legacy of Lutheranism in Finland in broad terms. It contributes to the recent renewed interest in the history of religion in Finland and the Nordic countries by bringing together researchers in history, political science, economics, social psychology, education, linguistics, media studies, and theology to examine the mutual relationship between Lutheranism and society in Finland. The two main foci are (i) the historical effects of the Reformation and its aftermath on societal structures and on national identity, values, linguistic culture, education, and the economy, and (ii) the adaptation of the church – and its theology – to changes in the geo-political and sociocultural context. Important sub-themes include nationalism and religion, the secularization and institutionalization of traditional values, multiple Protestant ethics, and long continuities in history. Overall the book argues that large changes in societies cannot be explained via ‘secular’ factors alone, such as economic development or urbanization, but that factors pertaining to religion provide substantial explanatory power for understanding societal change and the resulting societal structures.